Sarek and Amanda Archive, a Star Trek: The Original Series fanfiction archive, has been imported to the Archive of Our Own (AO3). The import was legitimized in August 2021.

For more information about the move to the AO3, please refer to the announcement post.

Read (or edit!) the Sarek and Amanda Archive page on Fanlore!

Please respectfully contact Verizon’s Executive Team via email or Twitter with a link to this post requesting an extension through May 14, 2020. If you are tweeting, be certain to include news groups that have covered the Yahoo shutdown, such as CNET (@CNET), TechRadar (@TechRadar), Boing Boing (@BoingBoing), or The Telegraph (@Telegraph).

We are writing regarding the impending closure of Yahoo Groups on behalf of the Organization for Transformative Works (OTW), a nonprofit organization run by and for fans to provide access to and preserve the history of fanworks and fan cultures.

Due to its unique status as a large nonprofit focused on fandom advocacy, the OTW has a major presence in fandom. The OTW is made up of over 800 volunteers from all over the world, and our best-known project, the Archive of Our Own (AO3), has over five million fanworks, two million registered users, and over 1.4 million unique visitors per month. This year, the AO3 won a Hugo Award for Best Related Work, and, along with Yahoo, was listed by Popular Mechanics as one of the 50 most important websites of all time (https://www.popularmechanics.com/culture/g29575328/most-important-websites/). Other OTW projects include Fanlore, the fandom history wiki, and Open Doors, which rescues fanworks archives that are at risk of disappearing from the Internet.

The OTW’s main concern regarding the effective closure of Yahoo Groups is for its long-term impact on online fandom history and online history as a whole. Yahoo Groups was a fandom hub for more than two decades, and many of the fanworks saved there are not duplicated anywhere else, to say nothing of the conversations and other ephemera. While the OTW is primarily concerned with fandom, there are over 5 million Groups in total with countless messages and files, and hundreds of millions of people who will be affected by the loss of almost 20 years of data and history.

Open Doors and Fanlore, among other projects, are currently working hard to help preserve these works, messages, and other data, but saving everything before the time limit is simply impossible. Open Doors normally receives one or two requests each month from moderators seeking to transfer their archives to the AO3; since the announcement on October 16 that Yahoo Groups was closing, we have received over 40 requests from Yahoo Groups moderators alone.

We are using all of our official channels to inform people about the closure, as well as coordinating with other preservation projects such as YahooGeddon and the Archive Team. We are also fielding requests from members and moderators to help download and save files and messages from their Groups, and discussing the creation of a dark archive to store these downloads until more permanent methods of preservation can be found. Unfortunately, the Archive Team’s automated download program has been blocked by the Yahoo Groups servers, so we are forced to do what we can by hand and are therefore extremely limited in what we can save.

Saving Yahoo Groups is going to require a great deal more time and support from Verizon. Although Verizon promised users they could download their Groups data via the Privacy Dashboard, many users are being told, “Your download request has been completed, but no data of this type is available in your account.” The GetMyData sets are also incomplete, often missing files and photos. Instead, people are having to copy-paste, manually download, or utilize specialized software in order to save their Groups. To make matters worse, because Verizon has chosen to limit downloads to a few weeks, moderator and members, along with the Archive Team and Wayback Machine, are being locked out or blocked and prevented from accessing their data.

Therefore, Verizon needs to extend the deadline to allow time to get the word out to Yahoo Groups owners about the closure, time to fix its download request feature, and time for users to access their data. Based on the number of groups these teams’ combined efforts are trying to save, the rate at which they are being saved, and the fact that many Yahoo Group moderators are still being informed of the closure, we are requesting that six months be added to Verizon’s deadline, so that data from Yahoo Groups will not be deleted until May 14, 2020.

There is a long history of large websites losing information without a trace. One of Open Doors’ first projects was a last-minute scramble to rescue GeoCities sites. MySpace deleting a decade of content is a recent example. This is not uncommon in new media that is not yet considered worthy of preservation, but with your assistance, Yahoo Groups can be saved from being the latest entry on a tragic list of websites that simply disappeared forever. Other tech companies have shown a callous disregard for the value of user’s memories, experiences, and history, but by granting this extension, Verizon can demonstrate that it truly values its users and the important role that Yahoo Groups has played in their online lives.

Sincerely,
The Organization for Transformative Works 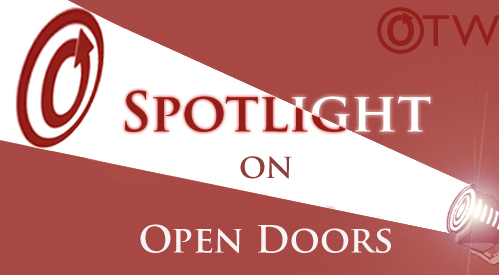 Yahoo! has announced that Yahoo Groups will be permanently closing, and deleting all previously posted material on December 14, 2019. Some of you may be wondering what you can do to preserve fannish content posted to Yahoo Groups before it is deleted, and what the Organization for Transformative Works can do to help.

What can Open Doors do?

The Open Doors project is dedicated to offering shelter to at-risk fannish content. At this time the Organization for Transformative Works has no way of serving as a replacement to active Yahoo Groups that would like to continue to function as groups or mailing lists. However, we are prepared to work with moderators to preserve fanworks from their groups on the Archive of Our Own and provide tools so YahooGroups mods and users can archive messages and other content.

We have two processes in place — one to move fanworks from Yahoo Groups onto the Archive Of Our Own, and one to download and preserve messages and other content from Yahoo Groups in file systems so moderators and Yahoo Groups users have more than nine weeks to figure out how to preserve and possibly share that content.

While fanworks posted to public Yahoo Groups can be imported using our usual process, we have internal restrictions on what fanworks we can import from private Yahoo Groups, to protect the privacy of fan creators and respect their copyright of their fanworks. Since Yahoo’s announcement is sudden news for everyone, including us, we are still working out the fine points of what we can and cannot import from restricted groups based on the Archive of Our Own Terms of Service. However, moderators are still welcome to contact Open Doors and discuss preservation options for their groups. If we cannot import a group’s fanworks to AO3, we can direct moderators to other fandom preservation efforts that are taking place.

Because the content in many Yahoo Groups has historical, cultural and sociological value to each Group’s members, and also to fandom-focused scholars, Open Doors is also open to providing storage of Yahoo Groups backups that are assembled by moderators and non-moderators alike. Please note that at this time we cannot promise how or if the backups we store will be able to be migrated or accessed in the future by anyone other than the uploader(s), the moderator(s), the Open Doors team and affiliated volunteers.

What can you do – if you are a moderator of a Yahoo Group?

If you are a moderator, you can contact Open Doors via our contact form. You can also email your group notifying them of the closure and encouraging members to save their fanworks.

Right now, we believe the most important thing for any administrators to do, if they are interested in preserving fanworks from their Yahoo Group, is to download and back up those fanworks, as it is likely that the ability to do so will diminish or disappear as Yahoo Groups shuts down. Open Doors can then work with moderators to figure out whether we can import fanworks from their group. Information on how to download files and messages from groups can be found here.

What can you do – if you are a member of a Yahoo Group?

Anyone who posted their own fanworks to a Yahoo Group is welcome to post those fanworks to AO3 themselves. You can download your own fanworks and upload them to AO3 at any time. If you need an AO3 account, you can request an invitation at this link.

If you’re not a moderator, but are willing to download the files and messages from a group, please do so to help preserve them! You can find information about how to do this here. You can send these to Open Doors for storage, and we will store them for you. Please note that at this time we cannot promise how or if the backups we store will be able to be migrated or accessed in the future by anyone other than the uploader(s), the moderator(s), the Open Doors team, and affiliated volunteers.

Additionally, If you are not a moderator but would like to see a Yahoo Group preserved, you can contact us via our our contact form with a link to the Yahoo Group and, if you have it, contact information for the moderator. You can also contact the moderator to request that they get in touch with us.

If you would like to help preserve the history of a Yahoo Group, please consider documenting it on Fanlore. If you’re new to wiki editing, no worries! Check out the new visitor portal, or ask the Fanlore Gardeners for tips. Fanlore has also recently made a helpful Tumblr post with tips for preserving the history of Yahoo Groups.

Thank you for your interest in helping Open Doors to preserve fannish content from Yahoo Groups!

Side by Side, an e-zine dedicated to the ship Kirk/Spock from Star Trek: TOS, is being imported to the Archive of Our Own (AO3).

The move was completed in November 2020.

Read (or edit!) the Side by Side page on Fanlore!

P/K All the Way, a Star Trek: Voyager fanfiction archive, is being imported to the Archive of Our Own (AO3).

The import was completed in December 2018.

Read (or edit!) the P/K All the Way page on Fanlore!

Obidala Network, a Star Wars fanfiction archive, is being imported to the Archive of Our Own (AO3).

The move was completed in September 2020.

Read (or edit!) the Obidala Network page on Fanlore! 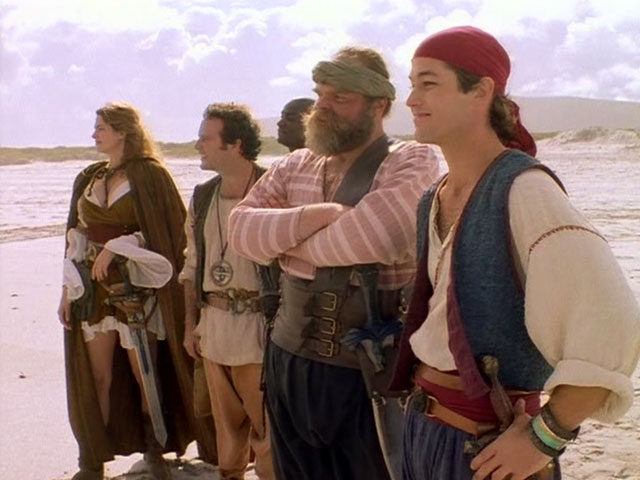 The import was completed in February 2018.

InDeath.net Fan Fiction, an In Death fanfiction archive, is being imported to the Archive of Our Own (AO3).

Read (or edit!) the InDeath.net Fan Fiction page on Fanlore!

Glass Onion, a multifandom fanfiction archive, was imported to the Archive of Our Own (AO3).

For more information about the move to the AO3, please see the announcement post. The move was completed in September 2018. 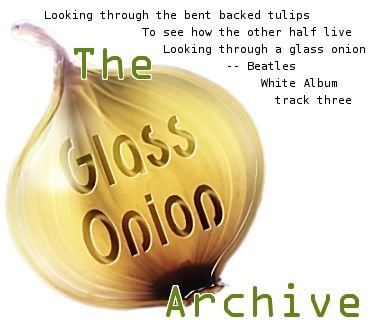 Read (or edit!) the Glass Onion page on Fanlore!

The Collators’ Den, a Life on Mars (UK) and Ashes to Ashes archive, is being imported to the Archive of Our Own (AO3).

For more information about the move, please see the announcement post. The import was completed in October 2017.

Read (or edit!) The Collators’ Den page on Fanlore!